So as well as coffee and food, anyone who has met me will confirm I am also a bit of a movie buff. So when a film like Chef comes along that is not just a great fun indie movie, but also revolves around street food, I was in.

So Chef is a nice Indie movie that came out last year. It’s got a simple plot, which is kind of predictbale, but the food and the cooking in it are great and well worth a watch.

After a controlling owner (Dustin Hoffman) pushes him too far, chef Carl Casper (Jon Favreau) quits his position at a prestigious Los Angeles restaurant. As he tries to figure out what his next step should be, he finds himself in Miami. Carl joins forces with his ex-wife (Sofía Vergara – the beautiful Gloria from Modern Family), best friend (John Leguizamo) and son (Emjay Anthony) to launch a food-truck business, and the venture provides a chance to reignite his passion for cooking — as well as his zest for life and love. (thanks Wikipedia)

For anyone with a passing interest in food, or street food (which is probably pretty much everyone, right?) I would recommend this film. OK it was pretty fanciful – the ease at which the protagonist quit his job, got a van, did it up (in only 1 short montage) and had people queuing round the corner within a day or 2 (social media is good, but not sure it is that good) was a little bit too easy, and the ending was a bit predictable and sickly sweet like most Hollywood films. But overall this was a really fun film.

And the food – well hell yeah the food was immense.

From a nice title with Chef creating some of his signature food, trips to the market, pasta for the lovely Scarlet Johanssen or even him making a grilled cheese sandwich for his son (stay to post credits to see how to make this!), the film oozed with the director’s clear love of food.

So the set up scenes in which we are in the restaurant were good, but for me the film only really got going once they get on the  road, their staple dish is the Cubano, a Mexican style toasted Sandwich stuffed with meat, cheese and a little bit of sauce and then slathered in butter – looks too good to mention and something I have to try one day – Heart Attack on a plate! – Found a nice looking recipe for a slow cooked pork (obvs) Cubano 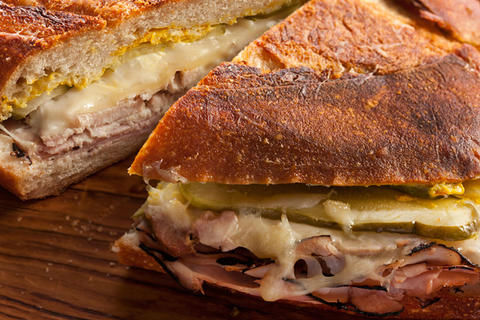 So once they took this amazing looking sandwich on a roadtrip from Miami back to LA passing through some Amazing US landmark cities, they started to take influence from places they stopped at, which was a really nice touch.

So when in  New Orleans they created and sold a Staple there -the Po Boy sandwich. Not something I had heard of before watching this film, but they sound lovely, a subway baguette stuffed full of seafood or meat 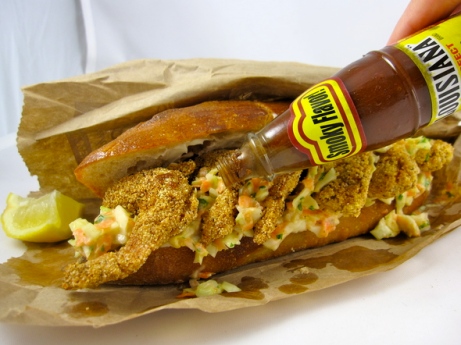 But for me the highlight was when they stopped off in Austin Texas, the undisputed #1 place in the US for BBQ. It was here that they visited Franklin’s Restaurant and added in some incredible looking Beef Brisket to really take these sandwiched up a notch.

Now Franklins is the #1 place in Austin for BBQ – which makes it the #1 in the world. If you are lucky enough to go, you need to start queuing before breakfast to get a chance of eating at lunch. You pay by the weight, but it is meant to be the best in the world! In the movie they sit and sample some of the Brisket, which just looked so amazing, dark deep bark with lovely pink smokey beef inside – I would have paid anything to have been flown straight there when I watched it.

Franklin is top of my list of places to visit, hopefully going to go there this year if we can – and this movie made me want it even more!

The rest of the film kind of followed a predictable path, never quite reaching the glory from these road trip scenes. Still a nice little movie which I would definitely recommend it and give it 4 out of 5 (an extra star for going to Franklins!)